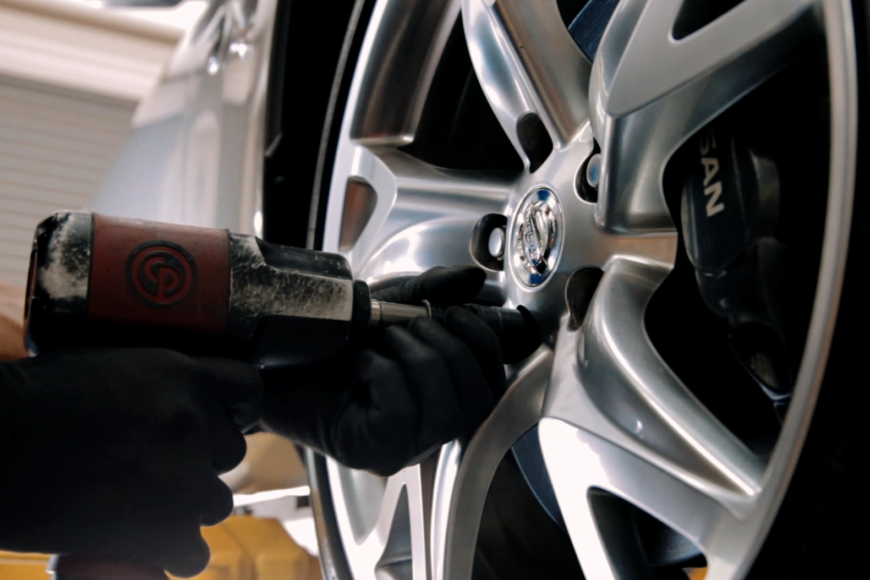 10 Things Your Tires Can Tell You About Your Car

10 Things Your Tires Can Tell You About Your Car

Your tires are your car’s only connection to the road. They’re overlooked as safety items, but sometimes they’re the first place where a problem will appear. We show you how to read your tires and know what the warning signs mean.

It Looks Like: Your tire is worn down only in the middle.
The Diagnosis: This tire was overinflated, causing the center ring only to contact the road. Consequently, whoever drove this car had only a fraction of the rubber contacting the asphalt, so his or her traction suffered.To find the correct tire pressure, check the door placard or the owner’s manual. Check the pressure when the tires are cold, before you start driving. Some people claim that you should overinflate tires to reduce rolling resistance and increase fuel economy. But that’s a fool’s game. You might save some fuel, but you’ll pay more in prematurely worn tires.If your pressure is correct but you still see center wear, this could indicate that the wheel and tires are not properly matched. There is one caveat here: Woody Rogers, product information specialist at Tire Rack, says that some rear-wheel-drive vehicles can produce center wear on certain tires, even if they’re properly aired up and maintained. But that’s true only for high-powered sports cars.

It Looks Like: Pretty self-explanatory.
The Diagnosis: This usually comes from hitting a pothole, curb, or debris. Underinflation and overinflation put tires at a greater risk of damage from impacts.Large cracks in the sidewall that runs along the rim are either impact-related or caused by chronic underinflation. Numerous small cracks in the sidewall or tread blocks come from exposure to the elements and age.Bulging is what looks like a pimple in the tire, most often in its sidewall. It happens when there’s an impact that causes internal damage, but the damage doesn’t show up until weeks or months later. With cracks or with bulging, you’re looking at buying a replacement. “[The tire] should be removed from service, regardless of the cost,” Rogers says. “Eventually, it will fail.”

It Looks Like: A pattern of alternating hills and valleys
The Diagnosis: It happens when worn or damaged suspension components cause the tire to bounce as it travels, coming down harder on some spots of the tire than others. Bad shock absorbers are the usual cause, though anything that connects the wheel to the rest of the car could be a culprit.Be careful with your diagnosis, though. Even tire shops sometimes incorrectly identify feathering or heel-toe wear as cupping. A wheel that is out of balance may also cause cupping or bald spots to form, though there will be fewer hills and valleys than you’d see with cupping caused by a failed shock absorber.

It Looks Like: Cupping or scuffing, but in a diagonal pattern.
The Diagnosis: This tire trouble is most often seen on the rear tires of a front-wheel-drive car with an incorrect toe setting. Insufficient tire rotation intervals may also cause a diagonal swipe. A third possibility: If you frequently carry heavy loads in the trunk or cargo area of a vehicle, that may change the geometry of the suspension, leading to a diagonal swipe.

It Looks Like: The inside and outside edges are worn down; the middle is not.
The Diagnosis: This is a telltale sign of underinflation. Too little pressure is arguably the most dangerous condition for a tire, as it will flex more and the heat that builds up could cause a blowout. (Remember the Ford Explorer Firestone mess? The cause was mainly underinflated tires.) And an underinflated tire won’t absorb bumps well and may knock the front end out of alignment or damage the suspension.
How to Avoid Under inflation: Again, keep an eye on your tire pressure by checking it monthly. Don’t rely on the car’s tire-pressure monitoring system to let you know when a tire is low on air. “[The warning system’s] threshold is typically 25 percent under inflated,” Rogers says. This means a tire that should be at 28 psi could be down 22 psi before you see a warning light. And that could be low enough for you to destroy a tire.

It Looks Like: Feathered tread blocks are shaped like a series of ramps in a directional wear pattern that goes sideways across the tire. The lower edges of the ramps are rounded while the higher edges are sharp. If you can’t tell by looking, run your hands across the tread blocks.
The Diagnosis: Most often, feathering means the car’s toe setting (a measure of the car’s alignment) is off. If the toe setting is correct, a worn or damaged suspension bushing could be causing the car’s alignment to shift as you drive. Check for worn or damaged ball joints and wheel bearings as well.

It Looks Like: One single spot on the tire is more worn down than the rest.
The Diagnosis: Single spots of heavy wear show up on the tires when a car has been in a skid—say, the driver saw a deer on the highway and slammed on the brakes. A car without an antilock braking system is more likely to lock up its tires under heavy braking, which can cause a flat spot.Also, cars that are parked for extended periods of time risk getting flat spots where the weight of the car has deformed the patch of tire contacting the ground. Unlike flat spots resulting from a skid, these show no additional tread wear—but nonetheless, the tire is misshapen. Although radial tires can have this problem, bias-ply tires are more prone to getting flat spots from sitting too long, especially if the tires are sitting in any kind of corrosive liquid, such as gasoline or antifreeze.

It Looks Like: Feathering, only the ramps run front-to-back along the tire rather than side-to-side. The leading edge of the tread blocks will be worn smooth while the trailing edge will be sharp.
The Diagnosis: “[It’s] definitely one of the most common conditions we see,” Rogers says. “Because it’s so common, a lot of people think it’s normal.” Heel-toe wear is typically a symptom of insufficient tire rotation intervals. So check your car’s maintenance schedule and make sure you keep up. Misalignment or worn or damaged suspension bushings, ball joints, and wheel bearings can also cause heel-toe wear.

It Looks Like: One side of your tires wears down faster than the other.
The Diagnosis: The car’s camber setting is likely off, causing the tire to lean too far to one side. Take the car for an alignment adjustment. Worn or damaged springs, ball joints, and suspension bushings can also cause single-side wear as could carrying heavy loads frequently, incorrect toe setting, and insufficient tire-rotation intervals. Some performance cars leave the factory with enough camber to induce single-side wear, but that’s rare.

They Look Like: Ridges between the tread blocks. They sit tucked away between the treads where they can’t contact the road.
The Diagnosis: When the tread wears down to the point that it is flush with the indicators, the tire has reached the end of its life. But depending upon the driving conditions you usually encounter, you may not want to wait for the indicators to become flush with the tread.The tread depth of a typical tire is 11/32 inch, and those channels are there to funnel out water and prevent hydroplaning. The tread-wear indicators are 2/32 inch high, but Rogers recommends no less than 5/32 to 6/32 inch of tread for snow and 4/32 inch of tread for rain or sleet. Wet-weather performance declines significantly after 4/32 inch, so replace the tire before its indicators become flush with the tread block.

Give Us A Call!